At North Orlando Surgical Group, we are proud to have established a unique surgical practice characterized by superior skills and extraordinary services both to the patient we care for as well as their referring physicians.  We are recognized in Central Florida for our ability to perform complex procedures in the least invasive way.  Our attentive staff is focused on providing the highest level of personal services and are committed to making every patient’s surgical experience as comfortable and convenient as it can be.

Appendicitis is one of the most common surgical problems. The appendix is a long narrow tube like organ that attaches to the first part of the colon. It is usually located in the lower right quadrant of the abdomen. The appendix produces a bacteria destroying protein called antibodies, which help fight off infection in the body. Its function however is not essential. People who have had an appendectomy do not have an increased risk toward infection because other organs in the body take over this function.

Symptoms of appendicitis include:

It’s important to seek treatment right away if you’re having symptoms of appendicitis. When the condition goes untreated, the appendix can burst (perforated appendix) and release bacteria and other harmful substances into the abdominal cavity. Your appendix could burst if appendicitis isn’t treated immediately and effectively. If the appendix ruptures, the bacteria and fecal particles within the organ can spread into your abdomen. This may lead to a serious infection called peritonitis. You can also develop an abscess if your appendix ruptures. Both are life-threatening situations that require immediate surgery.

The easiest and quickest way to treat appendicitis is to remove the appendix. If appendicitis is caught early enough the surgery can be done laparoscopically (which is also called “keyhole” surgery). This is a minimally invasive surgery performed using long thin instruments inserted into the body through small cuts (incisions). These small incisions, which are typically less than a half inch in length, replace the traditional long incision. A laparoscopic appendectomy has a few other advantages as well which include less post-operative pain, shorter hospital stay, and a quicker return to normal activity.

In 2016 the surgeons of North Orlando Surgical Group preformed hundreds of appendectomies. In all of those surgeries only one patient had to be converted to an open procedure due to the severity of their condition. Our surgeons possess the skill, compassion and training to ensure the best outcomes with the least invasive approaches available. Choose the experts to take care of you! 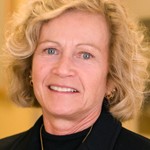 Joan Iacobelli, MD, joined North Orlando Surgical Group in 2011, relocating from Cullman, Alabama. Dr. Iacobelli is Board Certified and a Fellow of the American College of Surgeons. She was active in the Cancer Committee at Cullman Regional Medical Center and was previously the Chief of Surgery at Woodland Medical Center in Alabama. 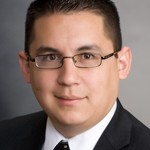 Dennis Diaz, MD, joined North Orlando Surgical Group in 2010. Certified by the American Board of Surgery, Dr. Diaz’s residency training was done at the University Of Florida College Of Medicine in Jacksonville and he completed his Fellowship in Minimally Invasive Surgery at the University of Kentucky in 2010. Dr. Diaz was recently approved for… 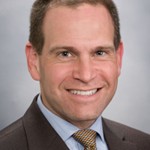 Jeremy D. Steinbaum, MD, board-certified by the American Board of Surgery and a Fellow of the American College of Surgeons, founded North Orlando Surgical Group in May 1998. Regularly named to Orlando Magazine’s “Best Doctors” list, Dr. Steinbaum has served as a hospital chairman of the department of surgery and chief of staff at Florida…